Bernard Cugelman (Counsel to the firm) 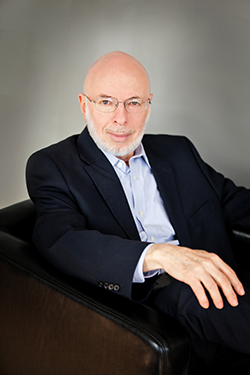 Bernard Cugelman as of December 31st 2019 has retired from the law partnership of Cugelman and Eisen and transitioned through semi-retirement to practicing as counsel to the firm of Mitchell Eisen Professional Corporation operating as Cugelman and Eisen. Bernie has been a leading figure in the Ontario Legal Community for many years. He graduated from the University of Toronto with a bachelor of arts degree in 1963, and received his law degree in 1966 from Osgoode Hall Law School.

Prior to being called to the Bar in 1967, while still a law student, he ran a coffee house in the entertainment district of Yorkville. It was during this time that he began to pursue what would become a long and successful career in criminal defence work. Yorkville in the hippie days was a hotbed of police activity. Many residents and frequenters of the Yorkville scene found themselves in need of criminal defence services and would ask him for help . “I was six months away from being called to the Bar, and many people were coming to me with criminal law problems” he explains. “Although I was not yet able to go to court they confided in me and I was prepared to assist them to the extent of my ability. The police were very actively engaged in arresting all kinds of people in the Yorkville area at that time so there was an endless stream of potential clients. It was interesting work. As soon as I was called to the bar I had a built-in clientele. As luck would have it I had a knack for criminal defence work and I quickly compiled a very successful track record in the courts. Very early in my career I was able to take on all kinds of cases, including serious jury trials in the Supreme Court and County Court, with an enviable record of successful results. I was also able to argue numerous appeals, again with a high success rate. I was raised to root for the underdog and that feeling has never left me. It is my belief that although the Canadian legal system is founded on the notion that people are innocent until proven guilty, mere lip service is paid to that notion; and the law and order government has made it increasingly difficult for people charged with criminal offences to defend themselves fairly. It is more essential than ever that an accused person has skilled, fearless, counsel in his corner to represent him or her.”

For the next two decades, Bernard practiced criminal law in Toronto before relocating to Barrie, which offered a more appealing lifestyle for himself and his young family. Over the course of his career he has conducted thousands of cases ranging from petty theft to high-profile murder trials and conspiracy cases, and he has experience arguing cases before all levels of the Ontario court system, including the Ontario Court of Appeal. He has also argued appeals before the Supreme Court of Canada and the Court of Appeal for Newfoundland.

Since 1988 Bernard has been recognized as a Certified Specialist in Criminal Law by the Law Society of Upper Canada. He has become a leader in his field, and is the past President of the Criminal Lawyers Association for the County of Simcoe.

Today, after more than 40 years in practice, Bernard Cugelman is as committed to his clients as he was on the day he started. “To this day I find the work interesting, challenging, and satisfying” he says. “I feel we are helping people get through very difficult situations. We deal with real people, real problems, and real solutions.”